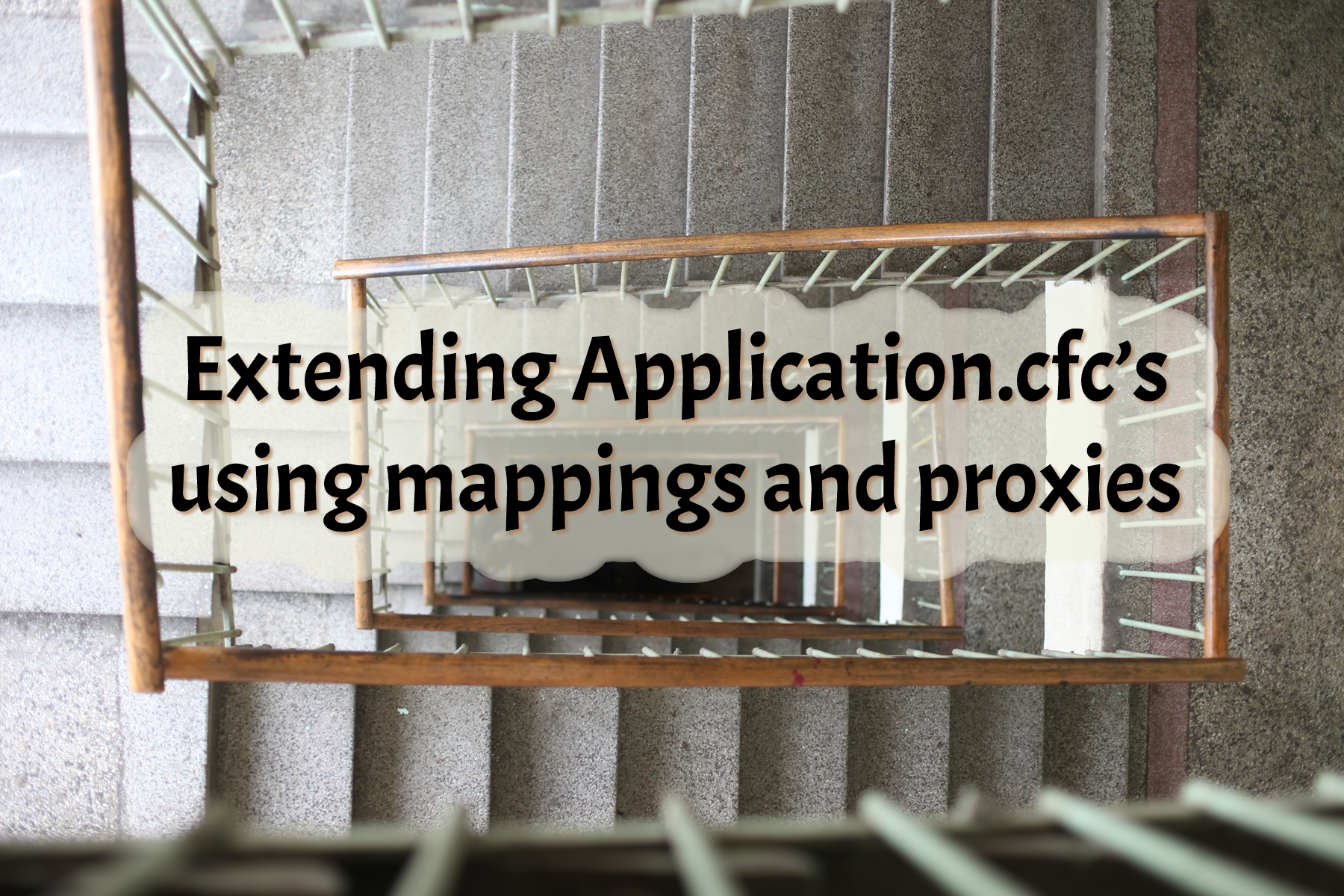 One of the most frustrating things that I have had to deal with in ColdFusion is trying to create an external application that is open to the general public and having to secure a portion of that site with an application within a subfolder and extending the logic from base application.cfc. I'll walk you through the current approach that developers use to solve this as well as showing you how to additionally use mapping when there may be a hosting provider that uses virtual directories.

This is a rather long article, if you want to jump to the condensed summary, scroll down to the bottom of this page.

Many years ago, the first time that I tried to perform this, I received the following message no matter what I tried: "Could not find the ColdFusion component or interface xxx'. In a nutshell, the problem using this approach is that both the root and the subfolders have the same name, i.e. Application.cfc, and ColdFusion can't properly identify what component to extend. Finally, after some serious investigation, someone came up with the idea to create a proxy.cfc that resides in the same root directory as the root Application.cfc, and the Application.cfc in the subfolder extends an empty proxy.cfc that extends the root cfc like so:

There is a solution for this tricky problem though, we need to also use mapping!

It is a common misnomer that you can't use mapping to extend components. I am not quite sure where this misconception originally came about, but it has been proven that this is just not true. There are occasions where we must use mapping to solve some annoying problems, like here.

This particular site is hosted by hostek.com. They are a fine company to deal with, but the server that my site is hosted on has some idiosyncrasies due to the directory structure. Here, when I use the Proxy.cfc method to extend the logic from the base Application.cfc to the Application.cfc in the admin folder I receive the dreaded 'could not find the ... component' error. When I first saw it I was dismayed thinking not this again, so I turned to ColdFusion CFC mapping. Mapping tells ColdFusion where to find the file and what the file relationships are.

I used rootCfc to identify the Application.cfc in the root directory, whereas adminCfc applies to the Application in the admin directory. These variables can be named anything. Note that the "/admin" string at the end of the adminCfc mapping points to the 'admin' folder, which is a subdirectory.


Of course, rootCfc tells the Application.cfc in the subdirectory to look for the Proxy.cfc template in the root directory. Like other 'extend' statements, you don't need to specify '.cfc' at the end of Proxy.

You don't need to use this 'extend' mapping in either the root Proxy.cfc or Application.cfc templates. They can already find each other as they are both in the same root directory.

subdirectory Application.cfc
The extends statement must be the mapping variable name of the folder (rootCfc), a dot (.), and finally the name of the Proxy.cfc template without the .cfc prefix (Proxy)
No mapping logic.

My apologies for being so verbose. I annoyed myself while writing this- but not as annoyed when I was while trying to solve this problem!