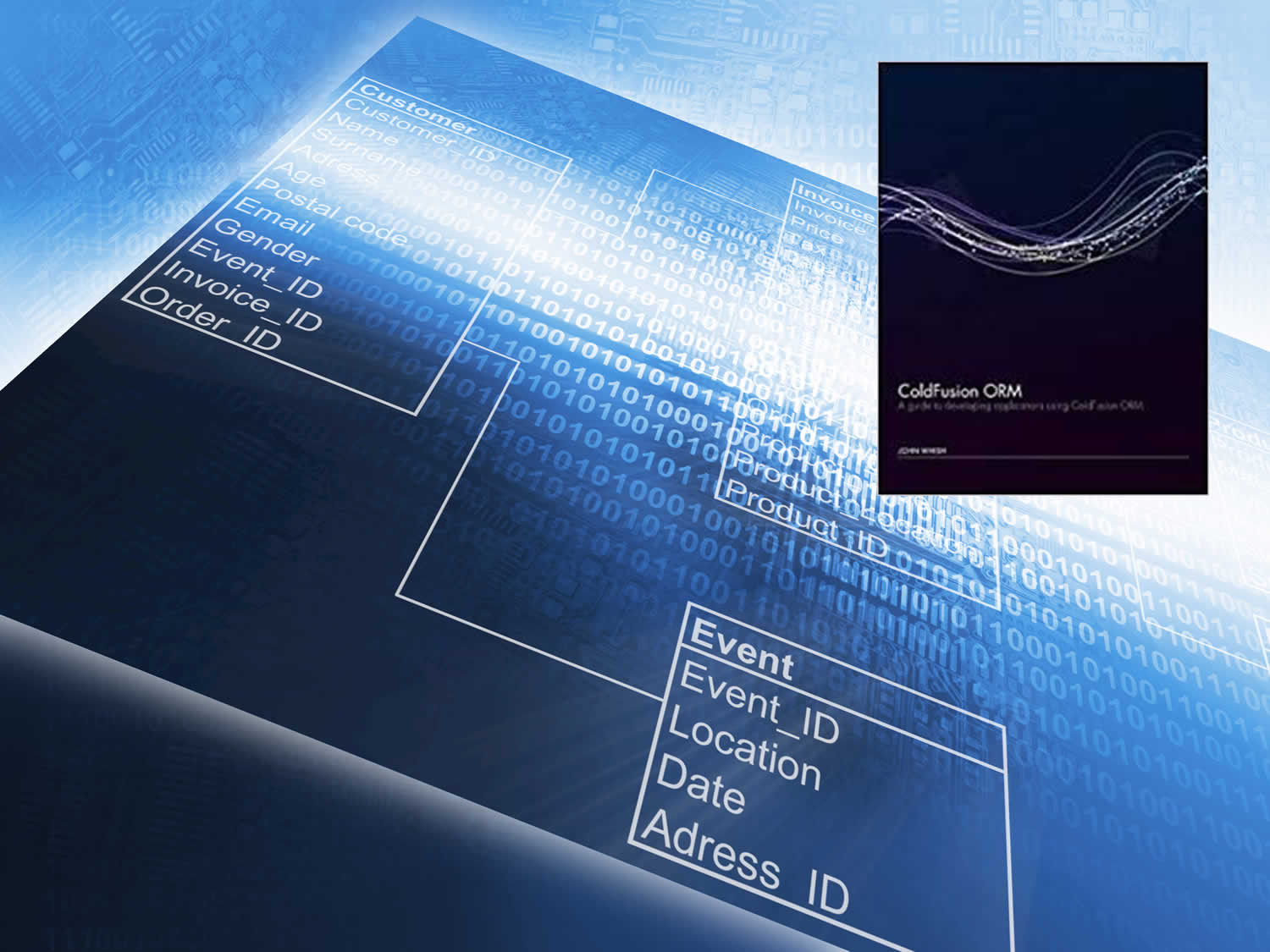 I needed to learn ColdFusion ORM as ORM supports all of the modern databases that want Galaxie Blog to be able to support. I don't want to have to incorporate different SQL logic for every database. Coding everything by hand would be an immense task, and would be problematic to test. Using ColdFusion ORM would solve this dilemma and I could use a single codebase that would automatically translate the ORM logic across various database platforms. However, learning anything new that has such a large scope is a daunting task.

In order to embark on my re-coding effort, I ordered and read a ColdFusion ORM book written by John Whish and found his book to be an invaluable resource. The book is concise and well laid out. It starts by answering simple questions, such as What is ORM? and provides a general background. His book shows you how to configure ORM, explains that ORM is used for CRUD operations, and then gets into the meaty topics such as ORM relationships and HQL. In the final part of the book John discusses validation, caching and provides helpful tips.

If you're using ORM and ColdFusion, I found his book to be an invaluable resource.